There are not many companies in the world that have the history and tradition that D.A.M. has. For most part of 140 years D.A.M. was synonymous with high quality German fishing tackle. From the “Quick” reels to the DAMYL lines and EFFZETT or STEELPOWER ranges, D.A.M was not only a pioneer but an innovator. DAM offers outstanding quality. From selected carbon fibres ranging from TC24 to TC40 carbon backed by Sea Guide, D.A.M SIC and Fuji components DAM rods will safely land any freshwater or saltwater monster; DAM QUICK reels are recognized as some of the best and finest in the world, DAMYL TECTAN lines have won numerous awards, and the EFFZETT blinkers and spoons have been imitated many times but never bettered.

Founded in 1875, D.A.M from Germany is one of the oldest fishing tackle brands. D.A.M is also famous for QUICK, EFFZETT, MADCAT, MAD, DAMYL and TECTAN.

The ironmongery, sport and fishing-tackle business was established in 1875 by the brothers Oskar and Fritz Ziegenspeck, and shortly after they began to produce and sell their own brand of fishing tackle; in 1902 they started to sell their equipment all across Europe under the name of "German fishing equipment manufacturers" for which the initials in German are D.A.M.

In 1909, just as Fritz Ziegenspeck was retiring, Otto Kuntze joined the company. At that time, Otto has had extensive business connections in England, France, America, Russia and Japan. With great management skills Otto Kuntze succeeded not only to successfully navigate the company throughout the First World War but together with his son Hellmuth, he expanded the business.

The year 1937 saw the production of the first "Pocket Catalogue for Everyman", as well as the first ever fixed-spool branded as the "Quick" reel and the extraordinary innovation at that time that was the DAMYL line (both brand names exist today). It began an era where D.A.M was setting the international standard for fishing tackle manufacturing.

In the late 1930s production and sales were so high that a subsidiary group was established in Hollfeld/Bavaria, that later moved to Gunzenhausen where it has expanded further.

At that time D.A.M. employed over 350 workers. This phenomenal expansion phase was abruptly interrupted by the Second World War.

Otto Kuntze did not live to see the destruction of his company headquarters in 1945 as he died in 1943.

Hellmuth Kuntze led the new beginning and the strategically re-built and re-positioned D.A.M. in the post-war years. With incredible industry knowledge and support and in-house initiative in the face of political, technical and economic difficulties, the firm was re-established in Berlin.

On November 11th 1955 the opening of a new modern factory in Gunzenhausen was celebrated. This was the D.A.M headquarter. A period of uninterrupted growth followed that nobody could have foreseen during the war years. Hellmuth Kuntze died in 1967 following a long period of illness. The sons Lutz and Rupert Kuntze continued their fathers work in the business and they expanded the company globally. It is because of their continuous effort that today D.A.M. has such an important market share in many countries and kept and built on its excellent reputation for high- quality fishing tackle amongst the most well-known brands.

As early as 1973 D.A.M. was the first manufacturer to offer to his retailers in Europe rods made entirely of carbon. These products were first introduced by D.A.M. at the international trade fair SPOGA in Köln.

For more than 100 years of history D.A.M. has not only experienced several different development phases in fishing tackle, but has positioned itself as an innovator and leader, a trend-setter in the industry. Delivering only high quality products.

D.A.M. was suddenly synonymous to German engineering and manufacturing. Every fisherman dreamt of having at least one item produced by D.A.M., and the

"Quick spinning reels", were known all over the world as the synonym for quality "Made in Germany". D.A.M was spearheading this technology; for more than 50 years "Quick" fishing reels were continuously improved and D.A.M. was heavily investing in fishing tackle R&D.

"DAMYL" was the first German braded line that was patented and had a trademark.

The first patent was established in 1940 at the German Patent Bureau and is still successful and going strong today, after more than 60 years.

D.A.M. "AIRWAY", the famous trademark for telescopic rods with short transportation length- engineered and designed to be used for long trips. Continually improved, these carbon rods were developed and manufactured as a high-end, highest quality product.

D.A.M. "EFFZETT" lures, millionfold sold, trialled and tested by fisherman, many times copied but never bettered- the original is still a D.A.M. product.

All these trademarks are highly successful D.A.M. products, which have written fishing history. In many places. Worldwide.

In September 1975 D.A.M. celebrated its centennial existence. Since moving the company from Berlin to Gunzenhausen the company has also successfully become the number one European fishing tackle business. Long before the European trade market was established in 1993, D.A.M. founded their own branches in all western European countries for better serving the customers by improving delivery times and logistics. Once the eastern European markets have opened, D.A.M. has also entered those markets at the top.

After Lutz and Rupert Kuntze sold the company 1995 to the Dutch trading house Borsumji, which was taken over shortly afterwards by Hagemeyer, another Dutch firm group, a turbulent and unpleasant period of time started for the company.

After another change of the ownership in early 2001 the company was chased into insolvency by mid-2001. Only one year later a group of long time employees together with some export customers was successful in saving the company by starting the Neue D.A.M. International from September 2002.

Through gaining Lars Svendsen Holding ApS as a new and strong partner for the new D.A.M. a new chapter for the old company started in November 2003 in order to gain back its market position with one clearly stated goal: Being No. 1 again! 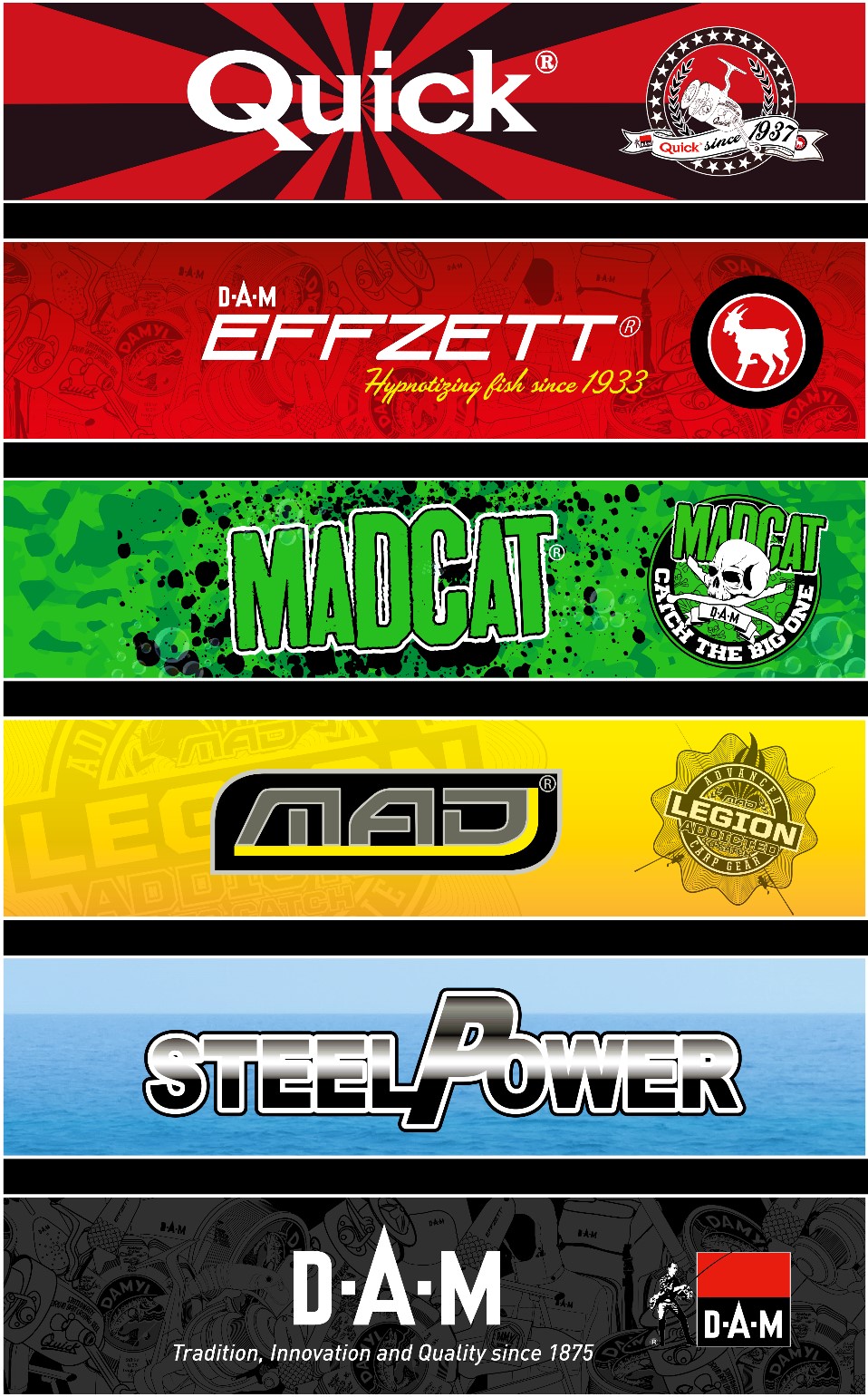